What are some solutions for axillary hyperhidrosis 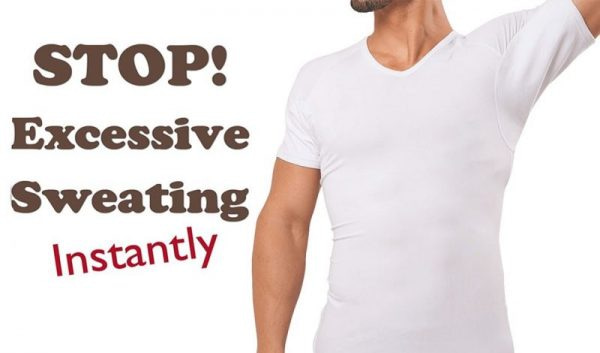 One of the most annoying questions to hear as someone who suffers from hyperhidrosis is whether you are okay. People see you profusely sweating and automatically assume that something is wrong.

I remember the first time I had one of the sweating episodes was back when I was a teenager. I was 13 years old, some cute girls were seating next to us in the bus as we headed off for camp.

During our stop at a gas station, I felt anxiety for the first time. Everyone was staring at me wondering what was wrong. I was covered in a stream of sweat, from my head all the way down my shirt. If you didn’t know that I had just come from a bus, you would have easily thought that I was running a marathon. That was the first time that I noticed something was wrong. Cranial hyperhidrosis was now a part of my life.

I started sweating profusely gradually. With time, by the time I was in high school, I had already come up with a number of believable excuses about why I was covered in sweat. I would say that I had just come from skateboarding or playing soccer. Eventually, I started growing out my hair and would slather it with gel so that it looked wet instead of sweaty. As I proceeded to college things got worse and my sweating kicked up a notch.

Once I was in college, my life was influenced by this condition. I would plan my walks to class based on the shade and nearness to bathrooms so I would be able to change my shirt two or three times in case I was drenched in sweat before I got to my destination. I even picked classes that had air conditioning only. This continued and by the end of my freshman year I had visited the campus clinic numerous times to see different physicians who would discuss my condition. They ended up diagnosing me with anxiety and attributed the sweat episodes to panic attacks.

After the diagnosis I remember wondering how I could have ten panic attacks in one day. I took different prescription medication for depression and anxiety such as Xanax. Unfortunately, the medication only made me disoriented and messed up my head but did not reduce my sweating. It was only later that I stopped taking the medication after realising that I did not have anxiety. In fact, my anxiety was triggered by my excessive sweat and not the other way round. Even after this ordeal, it was a friend who explained to me about hyperhidrosis who helped me understand what this condition was. Unfortunately, this cranial hyperhidrosis had already significantly affected my life by then.

In Pursuit Of A Hyperhidrosis Solution

After I had learnt what cranial hyperhidrosis was, I came across a physician who advertised a solution to sweaty palms. After visiting the physician, he told me about Endoscopic Thoracic Sympathectomy (ETS) surgery.

He explained what the surgery entailed. He would have to go into my chest cavity where he would cut the nerve lines around my rib cage. This was a solution common for people suffering from hyperhidrosis. This is because the fight or flight nerves that lead to the excessive production of sweat are found in this region. Once he did this, the excess sweating would stop. Some of the side effects of the surgery as explained included infections, my lungs collapsing or even droopy eyelids or constricted pupils, a condition known as Horner’s Syndrome. A non-permanent solution would have been to clamp off two or three nerves but the physician did not go into detail about this. In the end, I opted for the permanent solution despite the possible side effects. I have always regretted that decision to this day.

The Aftermath Of Getting ETS Surgery For Hyperhidrosis

For a week after I had ETS surgery, I did not sweat. I was dry. Then afterwards I started feeling that I was sweating. It turned out that indeed I was but it had moved to my chest. I was sweating much worse than I used to before. Now I have a specific area on the front and back of my chest where I sweat. What’s more, I have an area above my lower chest where I am always dry whereas I end up drenched on the area below my belly button.

I went back to see the doctor and that is when he explained about compensatory sweating. What was happening was that other areas of my body were sweating as a response of the surgery. I believed him. This then got worse. I ended up sweating through three to four undershirts which I had to wear to contain the sweat. The doctor kept blaming it on the heat. I noticed the sweat move to my left shoulder blade and by this time I was going through four to five undershirts each day.

I was sweating much worse on my torso than I ever did when I had cranial hyperhidrosis and I can no longer explain this to people. The side effects that I experienced were not just limited to the sweating on my torso and a random area on my left shoulder blade. Additionally, I also noticed that my normal decision-making ability was impaired. Random impulse purchases that I would make in an instant now took time. This is attributed to the fact that ETS impairs fight-or-flight responses because it deals with these specific nerves. To add insult to injury, I ended up having a dry or extremely oily face which led to acne. My hands also became extremely dry and so did my scalp. My metabolism was slashed in half and then I started to lose my hair. If you search YouTube for the side effects of ETS, you will get a clearer picture of my nightmare from other people’s real-life examples.

After going through this ordeal, I noticed that the doctor never told me the whole story about ETS surgery. I went as far as reaching out to other patients who were furious with the doctor and disappointed about the solution presented as well.

I would not wish my experience on anyone else. Being young and desperate can lead to equally desperate decisions.  The fact that I considered that surgery is one of the biggest mistakes of my life and I regret it. I did not question the doctor because I automatically assumed he knew best since I did not know about the condition. However, this is not the end of the world as I have learnt a few tips and tricks that have helped me to deal with hyperhidrosis.

Some of the tips that have worked for me include keeping fans and air conditioning on in closed buildings. It helps to keep the sweating at bay. I have also discovered that minimizing the intake of sugar, caffeine or any stimulant has helped to reduce my sweating in addition to taking a lot of water. Additionally, anxiety sweating is no longer a problem for me although sometimes the heat still sparks excessive sweating in me.

Since I have learned from experience, I would not advice anyone to try ETS surgery. Instead I would give the following steps as a way to help deal with excessive sweating before opting to visit a doctor. They include:

Another tip is to start with a dermatologist since they seemed to be more skilled in hyperhidrosis. They are not quick to jump to anxiety and other psychological disorders since they understand that the condition is real, with physical triggers.